In the real VDI world sometimes higher graphics performance makes a lot of sense for thousands of users who need them as the use of graphics is increasing in many industries every day.

These design decision for the need for a GPU is subject to the user-base requirements (graphics Applications) due to cost.

In the design for on-premises deployment if this part is sold to the customer by the pre-sales team it will be generally considered an important cost driver in the deal. However, during the implementation time if it’s included in the deal/design it may become a nightmare for the implementation team as it requires a lot of effort to create and configure the GPU infra correctly. I have significantly deployed High GPU infra in multiple On-Premises Citrix VDI environments and am currently deployed a few in Azure so I am in the best position to inform you about the high GPU VM. 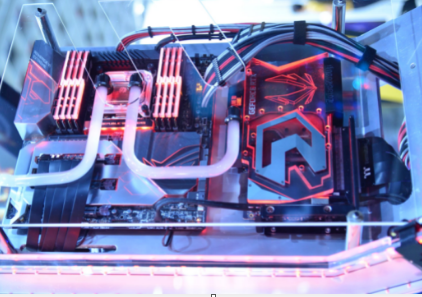 For the users with higher performance needs, a graphic card acceleration is required, and they significantly improve user experience and reduce server processor load.

Certain limitations and additional components must be accounted for when deploying this feature on-premises these are the requirements.

For example the supported use cases for Citrix XenServer is as follows:

This entire process can take a very long time to deploy depending on logistics and hardware procurement.

If you compare this with an On-premises solution one key benefit of Azure Virtual Desktop (AVD) is the ability to spin up Windows 10 instances with Graphics Cards (GPU’s) on the fly. Whereas traditionally it would take significantly longer to deliver GPU graphics to on-premises VDI solutions, due to procurement, logistics, and implementation timelines.

Recently I’ve tested multiple NV series VM’s with Windows 10 Multisession Images, the last test which we have done is with the new promo release is with Standard NV6_Promo (6 vcpus, 56 GiB memory), we have used NVIDIA drivers to test our workload which is available from the Azure VM extension.

I have divided the installation and configuration into 7 steps and they are as follows:

The first step in this process is to deploy a high GPU VM Windows 10 Multi-session instance with the correct graphics cards selected (instance selected).

Select one of Azure’s NV-series, NVv3-series, NVv4-series, or NcasT4_v3-series VM sizes. These are tailored for app and desktop virtualization and enable most apps and the Windows user interface to be GPU accelerated. The right choice for your host pool depends on a number of factors, including your particular app workloads, desired quality of user experience, and cost. In general, larger and more capable GPUs offer a better user experience at a given user density, while smaller and fractional-GPU sizes allow more fine-grained control over cost and quality. Consider NV series VM retirement when selecting VM, details on NV retirement.

Step 2: Install the NVIDIA Graphics Driver in the VM

Once you have deployed the NV series Azure instance, you will need to install the graphics drivers before being able to use the GPU. In my case I have installed a NV6 VM. Now the next step is to Install supported graphics drivers in your virtual machine

Let’s see how we can do that, first go to the control panel and open the device manager, open the Display adapters and you can see that the High GPU VM display adapter is missing. 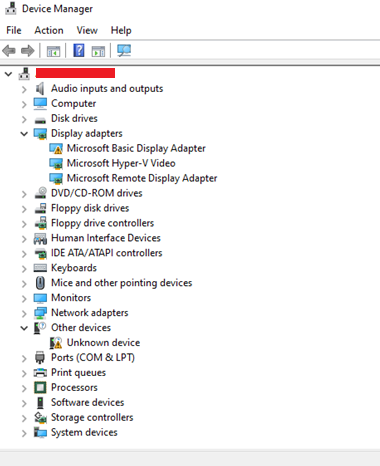 Next login to the Azure Portal, I have decided to install drivers using the Azure VM extension, GRID drivers will automatically be installed for these VM sizes. 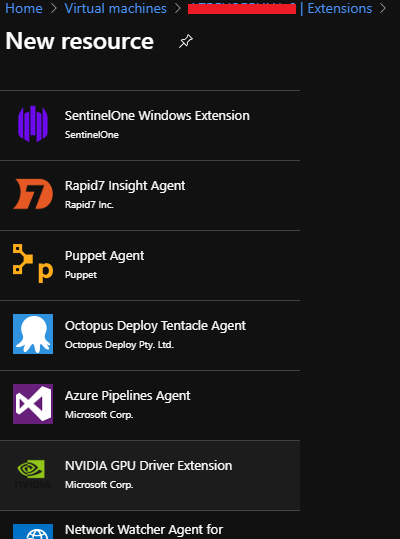 Connect to the desktop of the VM using Azure Virtual Desktop client. Click on NVIDIA icon in the taskbar and check the NVIDIA Setup if it’s correctly installed or not

Check the details info about the NVIDIA hardware 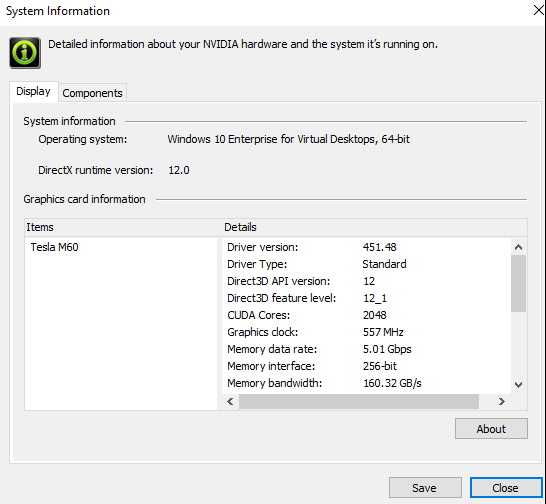 Again, go to the device manager and you can see that it’s already showing in the list of the display drivers. 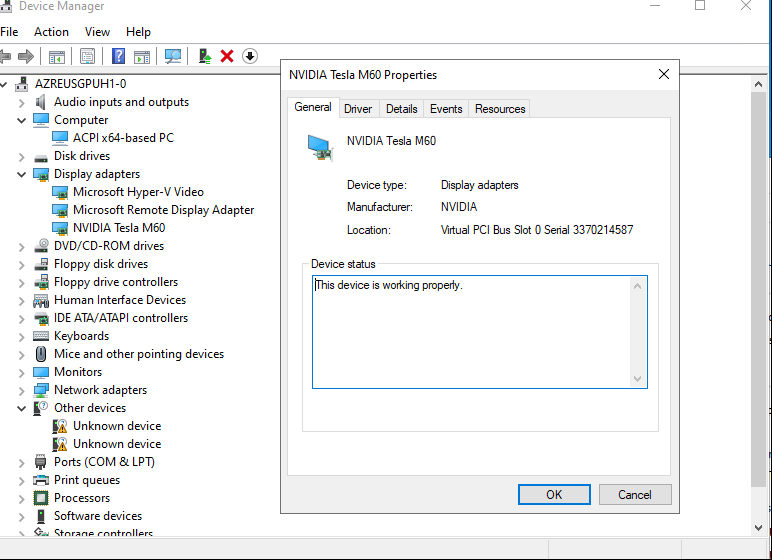 To query the GPU device state, run the nvidia-smi command-line utility installed with the driver.

Open a command prompt and change to the C:\Program Files\NVIDIA Corporation\NVSMI directory. 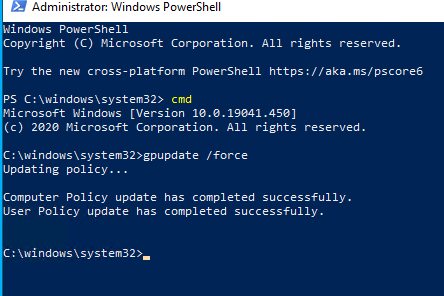 Run nvidia-smi. If the driver is installed, you will see output similar to the following. The GPU-Util shows 0% unless you are currently running a GPU workload on the VM. Your driver version and GPU details may be different from the ones shown. 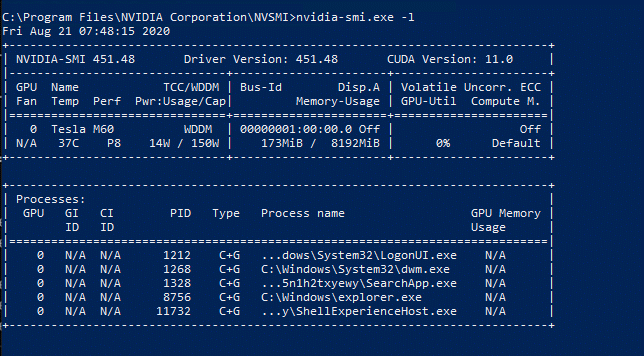 By default, apps and desktops running on Windows Server are rendered with the CPU and do not leverage available GPUs for rendering.

If you enable this policy setting, all Remote Desktop Services sessions use the hardware graphics renderer instead of the Microsoft Basic Render Driver as the default adapter.

If you disable this policy setting, all Remote Desktop Services sessions use the Microsoft Basic Render Driver as the default adapter.

To Configure Group Policy for the session host to enable GPU-accelerated rendering: 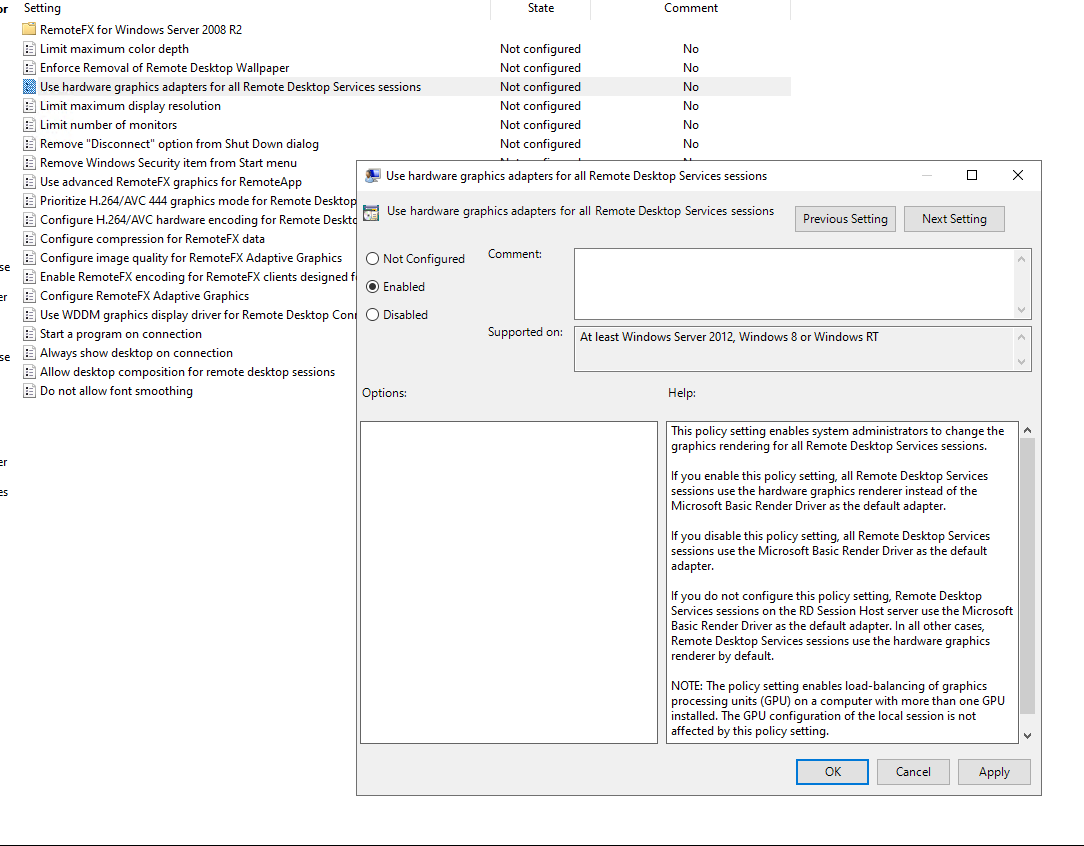 If you want to automate this, the below is the registry key details.

If you enable or do not configure this policy setting, Remote Desktop Connections will use WDDM graphics display driver.

For this change to take effect, you must restart Windows. 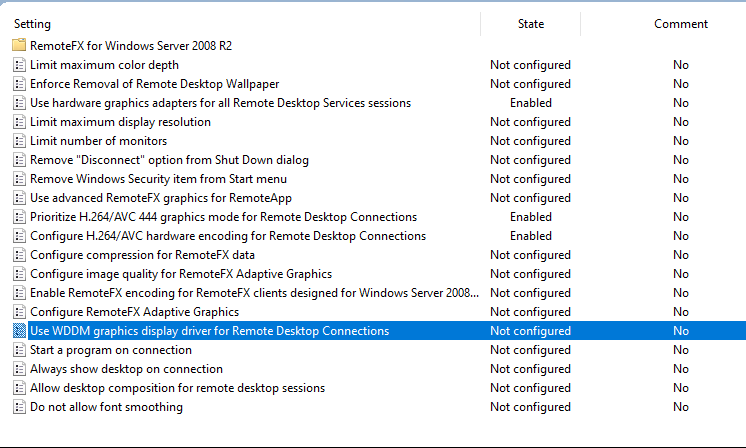 If you want to automate this, the below is the registry key details.

That’s all you are done, let’s perform some testing. 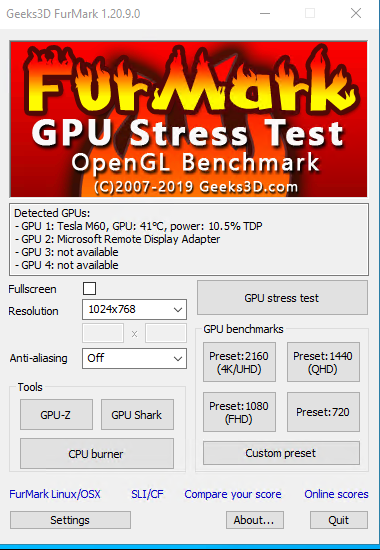 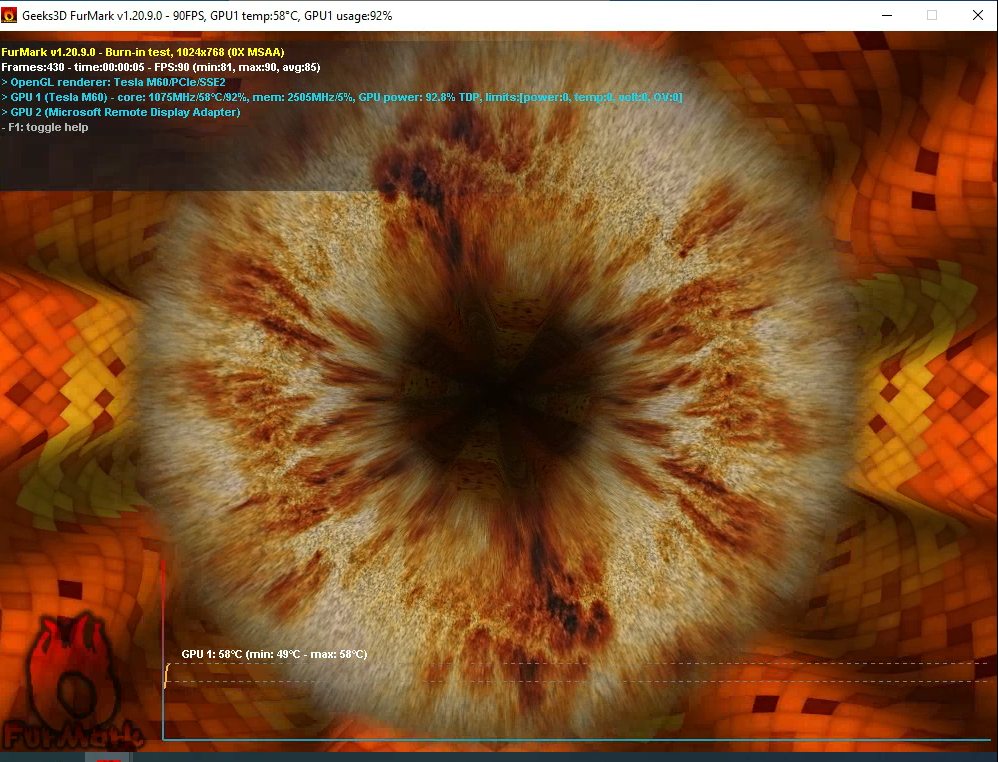 Another test is done.

My testing did show that using GPU’s does provide significant improvements to graphics and user experience for AVD users. However, the need for a GPU is subject to the user-base requirements (graphics Applications) due to cost.  Based on my experience I have seen that on-premises Graphics based VM cost is still much cheaper than the AVD cost still now, but, the high GPU VM cost may decrease in the future as the demand for the same is increasing every day in many enterprises and MS is bringing more Azure VM’s to cater this need.

I hope you have liked this post. Thanks for reading this. You have a great day ahead.